Discerning of spirits is one of the nine gifts of the spirit. That is quite different from the word discernment. Discernment is the ability to judge well, after having gone through a series of processes concerning life by way of walking with God.

You know where you been and what you have been delivered from, so any spirit attached to an experience or situation enables you to accurately name any tormenting spirit because you have inherent knowledge.

Discerning of spirits is a gift given by the Holy Ghost as he chooses. The gift is easily obtained through a life of prayer and a life of consecration.

Discerning of spirits is a supernatural sensing that heightens your sense to see, hear, touch and taste. Using discernment will take some time because you will have to study your environment before you are able to have a clearer understanding of it. The Gift of discerning of spirits would immediately allow the believer to tell whether something is of the flesh {that is human motivation} of the Holy Spirit or of demonic spiritual influence.

The Gift of Discerning of Spirit would also allow you to
hear sounds and voices beyond the range of normal perception of physical ears
Not limited to hearing profound messages and words from the HOLY SPIRIT. The greater the anointing, the easier it is to eliminate demons from the life of others. While the Holy Spirit will have the believer become skillful first in mastering interrogations of demon spirits ……

So this is why you will find that there would be a deliverance session that can last hours because demons will always first lie in order to give up lesser demons in order for the main spiritual problem to be left behind that all demons that were cast out, will later return. This type of administration of the Holy Ghost is by way of discernment would allow this to happen that understanding of spiritual things would be understood.

An anointing that has advanced will conduct the deliverance in half the time by shattering the doorkeeper through prophetic sensory with accurate precision through the Holy Ghost.

Demons at this stage are allowed to talk if they are giving that option, other than that they are told to leave but the One conducting the deliverance know the entities behind the oppression because the entities are known outside of Planet earth realities.

While some deliverance sessions are seen in the physical world inside the church, yet if your eyes were open, you will see that the deliverance is in another world as the Holy Spirit has no problem showing His ability to move and dismantle demonic thrones at will.


Samuel moves in the anointing  of Discerning of Spirits

1ST Samuel 15 1-14
15 Samuel also said unto Saul, The Lord sent me to anoint thee to be king over his people, over Israel: now therefore hearken thou unto the voice of the words of the Lord. 2 Thus saith the Lord of hosts, I remember that which Amalek did to Israel, how he laid wait for him in the way, when he came up from Egypt. 3 Now go and smite Amalek, and utterly destroy all that they have, and spare them not; but slay both man and woman, infant and suckling, ox and sheep, camel and ass. 8 And he took Agag the king of the Amalekites alive and utterly destroyed all the people with the edge of the sword. 9 But Saul and the people spared Agag, and the best of the sheep, and of the oxen, and of the fatlings, and the lambs, and all that was good and would not utterly destroy them: but everything that was vile and refuse, that they destroyed utterly. 10 Then came the word of the Lord unto Samuel, saying, 11 It repenteth me that I have set up Saul to be king: for he is turned back from following me, and hath not performed my commandments. And it grieved Samuel, and he cried unto the Lord all night.
12 And when Samuel rose early to meet Saul in the morning, it was told Samuel, saying, Saul came to Carmel, and, behold, he set him up a place, and is gone about, and passed on, and gone down to Gilgal. 13 And Samuel came to Saul: and Saul said unto him, Blessed be thou of the Lord: I have performed the commandment of the Lord. 14 And Samuel said, What meaneth then this bleating of the sheep in mine ears, and the lowing of the oxen which I hear?

Uncovering Hidden Works of Darkness Through Discerning Of Spirits

Eating in the dream implants a spirit of slumber. You may awaken to feel as though you have already eaten a meal and the taste of what was eaten could be present.

These are witches that would remove the blessings of the lord that has been placed on your head while asleep in what is called the Delta realm. Delta realm is considered the deepest level of sleep

Your head represents the Glory of the Lord. In the middle of your head, God can manifest a particular color that can represent your calling and it would be seen there. Witches would attempt to remove your glory.  Aggressive Prayer would recover it. 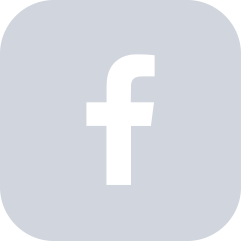 Experience The Power Of God